Anushka Sharma is an Indian actress and film producer born in Ayodhya, Uttar Pradesh, India, on May 1st, 1988. She made a name for herself by acting and producing in highly popular Hindi movies. With her renowned career, she made quite a lot of money, so today, we will take a look at Anushka Sharma Net Worth in 2023.

This famous Indian actress is a winner of numerous awards, including a Filmfare Award, which honors artistic and technical excellence in the film industry of India. In addition, she is one of the highest-paid actresses in India and, with her stellar career, is one of the most talked-about individuals in the country. We have a lot of subjects to cover regarding this famous actress, so without any delay, let us get into it. 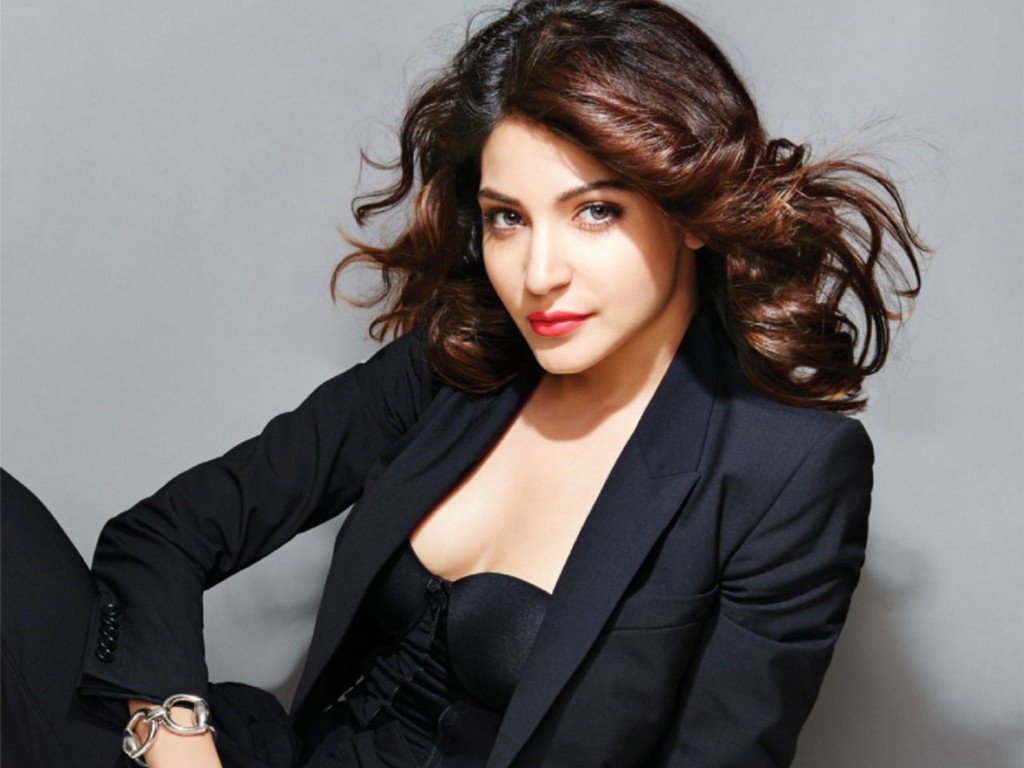 Anushka Sharma was born in Ayodhya, Uttar Pradesh, India, to a father, Colonel Ajay Kumar Sharma, an army officer, and mother, Ashima Sharma, a homemaker. She also has an older brother, Karnesh Sharma, who is a film producer that earlier served in the Merchant Navy.

Sharma once stated that being a child from a military family played a very important role in shaping her as a person and that it made significant contributions to her life. She also stated for The Times India that she is proud of being an army officer’s daughter, even more so than being an actor.

Anushka was raised in Bangalore, but she did her primary schooling at St. Mary’s School, Margherita, Assam, while her schooling was completed at Army School, Bangalore. She graduated in arts from Mount Carmel College in Bangalore as well.

Sharma had plans to pursue a career in either modeling or journalism, and she actually did not have any aspirations of becoming an actress. After she graduated, Anushka moved to Mumbai to expand on her modeling career and enrolled herself at the Elite Model Management, where she was groomed by the style consultant Prasad Bidapa. After she got introduced to the modeling world, Anushka was in a relationship with Zoheb Yusuf, who was a ramp model. She met him in Bangalore, and they were in a serious relationship for two years. They broke up in 2012 during the shoot of her first movie, Rab Ne Bana Di Jodi.

After she got into the Bollywood industry, Anushka dated actor Ranveer Singh whom she met on the sets of Band Baaja Baaraat. They were in a relationship for two years, after which they broke up.

In 2017, Anushka married her long-time boyfriend, Virat Kohli in a private wedding in Italy. Kohli is the captain of the Indian Cricket Team, and he and Anushka met in shooting for a shampoo brand. When she was 33 years of age, she gave birth to a beautiful daughter named Vamika on January 11th, 2023. 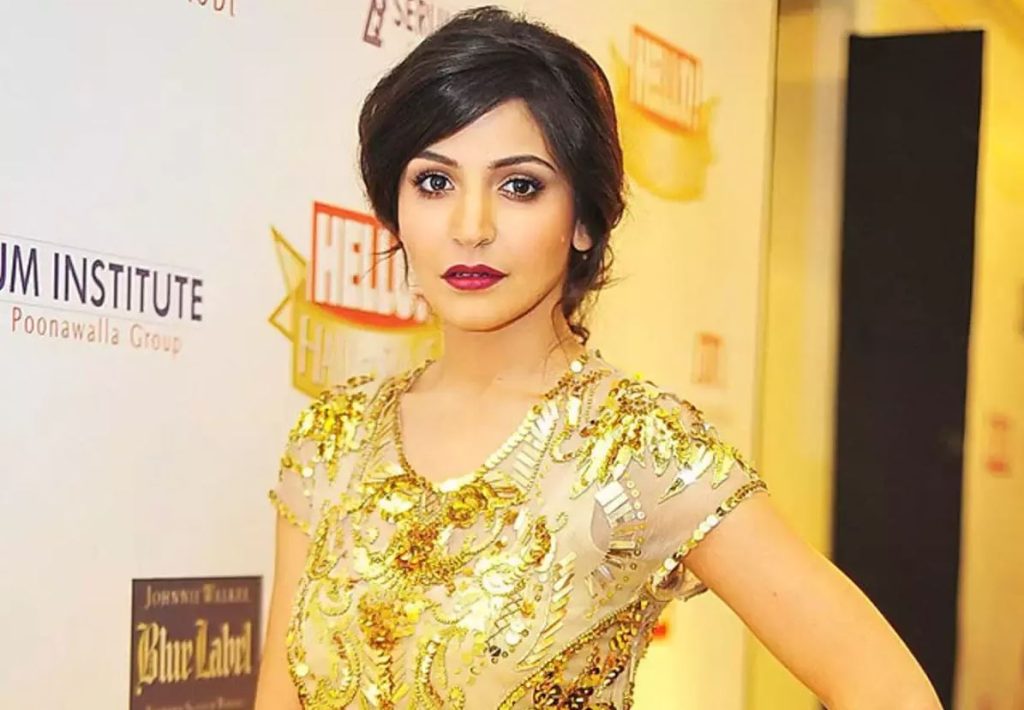 Anushka Sharma’s modeling career started at the Lakme Fashion Week for designer Wendell Rodrick’s Les Vamps Show, and he picked her as his finale model at the Spring Summer 2007 Collection.

Ever since then, she has managed to land more gigs, jobs, and campaigns for the brands such as Silk & Shine, Whisper, Nathella Jewelry, and Fiat Palio. The modeling job gave her a huge boost in confidence and, in ways, directed her to an acting career, in which she, later on, found a new home and an endless source of inspiration.

Sharma’s acting debut happened in Aditya Chopra’s romantic drama Rab Ne Bana Di Jodi (2008). Later on, she signed a three-film contract with Yash Raj Films, and this was just the beginning of her young acting career.

In December 2014, she auctioned the leather jacket she wore in the movie Jab Tak Hai Jaan’ on the e-bay, with proceeds going to the redevelopment of the flood-ravaged states of Kashmir and Assam. During this year, Anushka established her own production company entitled Clean Slate Films, from which she later in 2023 stepped away.

This company’s first release was with the director Navdeep Singh’s thriller NH10 (2015), in which she played the lead role. During her prosperous career, Anushka was nominated 19 times for various film awards, and of those 19 nominations, she has won 10 of them.

Sharma openly admitted that she is an attention seeker and that she enjoys the big stage, whether it is in the modeling or acting business. In an interview, she stated: “I am not spoilt as I was brought up in an army background. But every actor is an attention seeker. It is an occupational hazard for us. If I do not seek attention, I will not be doing my job very well.” 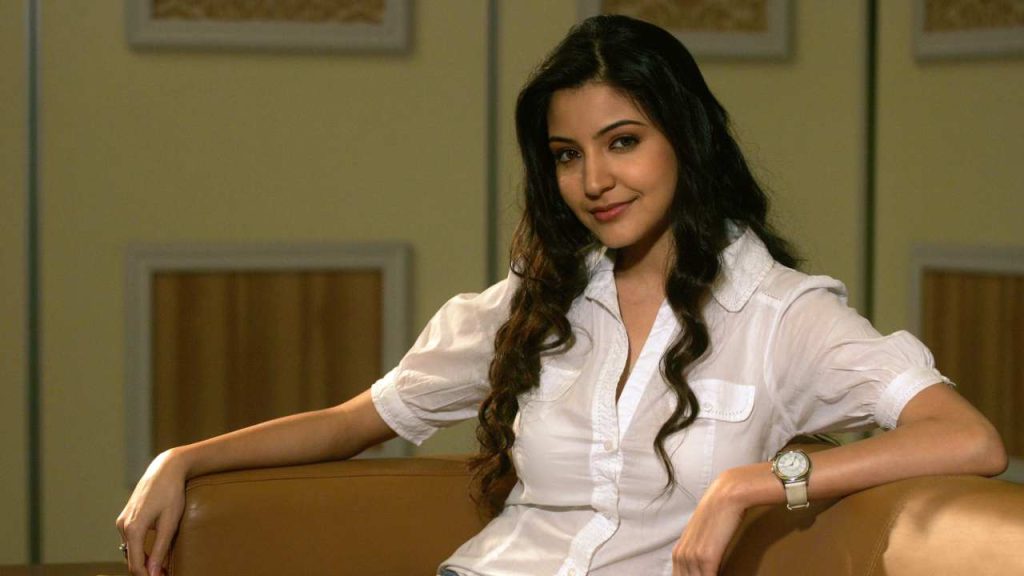 Anushka Sharma has landed some big roles in prominent Bollywood titles throughout her career. She both produced and acted and made a significant impact on the modern acting scene with her charisma and talent. In the section below, you will find titles to which she contributed over the course of years.

Anushka Sharma Net Worth in 2023 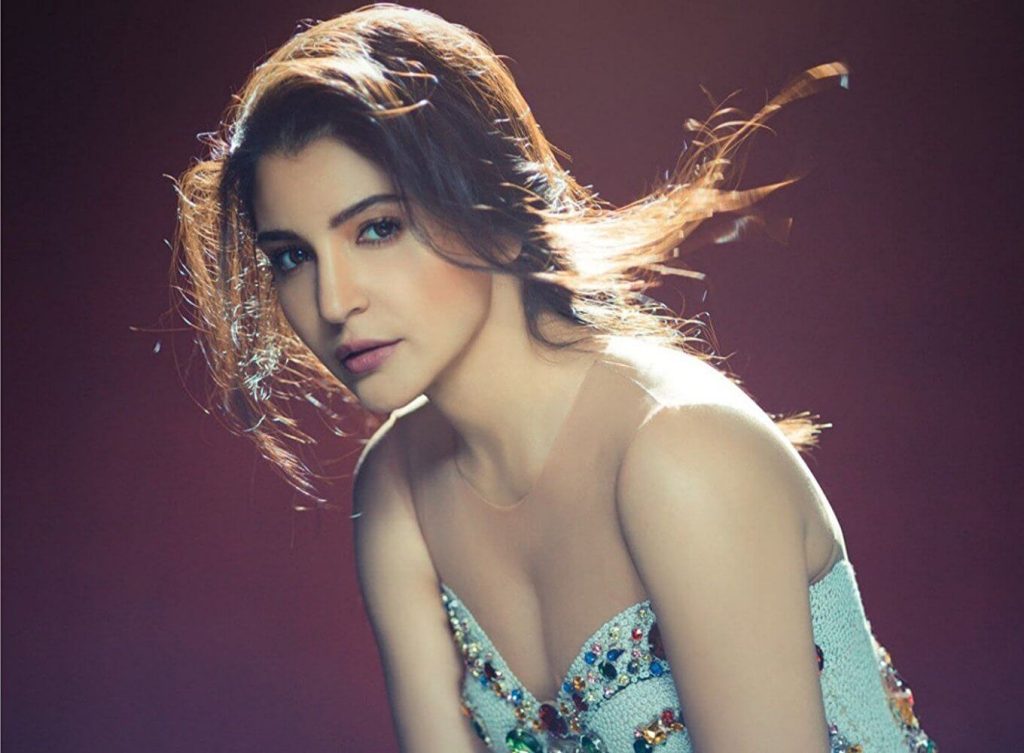 Throughout her prosperous career, Anushka has landed some significant roles in the Bollywood industry and made quite a bit of money while she was at it. The majority of her earnings come from films, film production, brand endorsements, and personal investments.

Her net worth is estimated to be 50 million USD which is in Indian currency 382 Crore. In the last several years, Anushka Sharma’s net worth recorded a significant increase due to the fact that she is one of the most sought actresses in Bollywood cinema. Aside from this fact, she is one of the highest taxpayers in India, and she often donates some of her earnings to social causes. 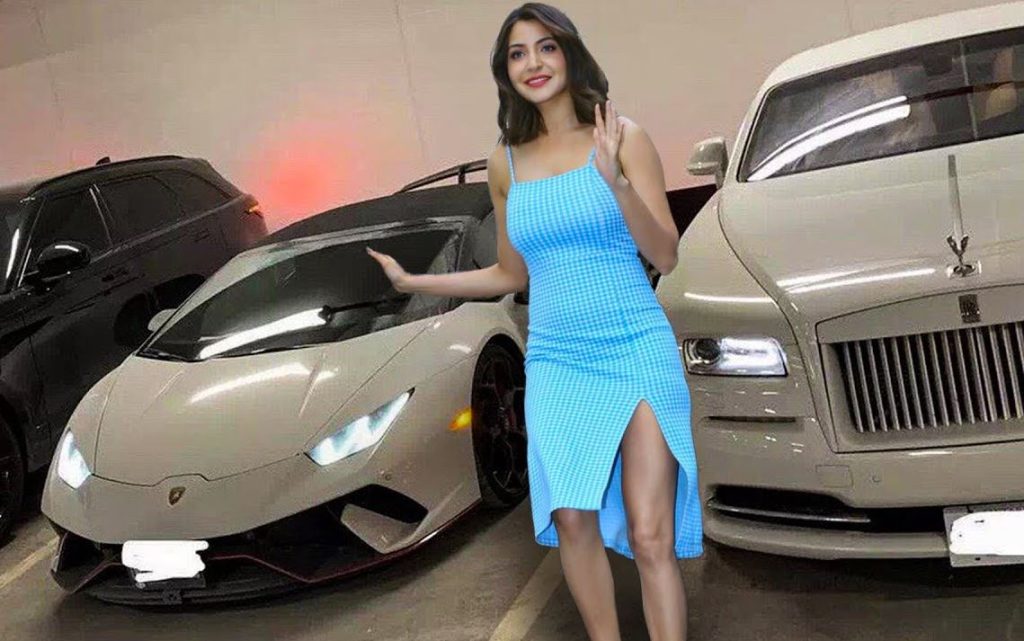 Being one of the highest-paid actresses in Bollywood certainly comes with lots of perks. One of them is a nice ability to make a collection of luxurious cars, which Anushka definitely took advantage of. She is a proud owner of several modern cars, which include:

Where Does Anushka Sharma Live? Anushka Sharma and her partner Virat Kohli are the owners of luxurious houses in India. They reside in Rs 34 Crore house in a plush residential building named Omkar 1973, in Worli. The space boasts 7.171 square feet, and it is located on the 35th floor.

This house comprises four bedrooms alongside a private terrace, garden area, and a small gym. The best thing about their home is the view of the Arabian Sea and a bird’s eye view of the city of Mumbai.

Anushka Sharma became highly popular and one of the most sought actresses in Bollywood very fast. She is still very young, and it feels like her career success is only just beginning. Her filmography and portfolio speak for themselves, and as a result, she remains one of the highest-paid actresses in India.

We hope you liked our article and that you found some interesting facts about this beloved public figure. We keep our articles up to date, so if you are interested in net worth changes, be sure to drop by in the future, as we keep our content always fresh.